I've now finished my Rooibos dress! Here are the pictures. 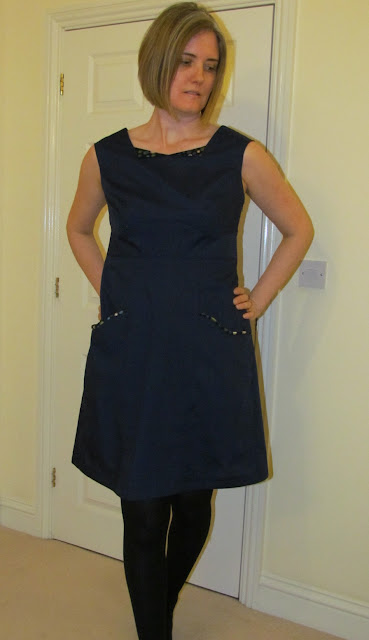 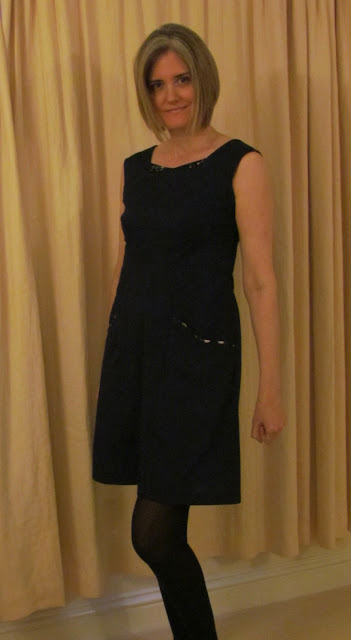 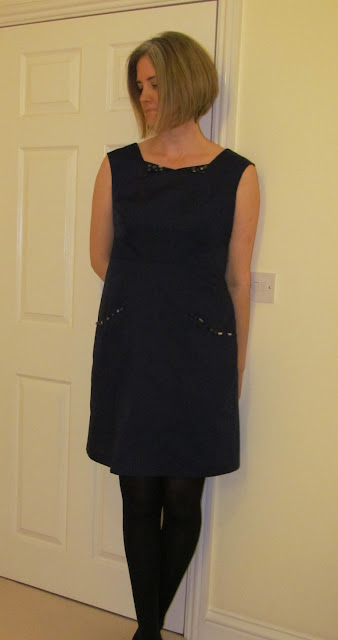 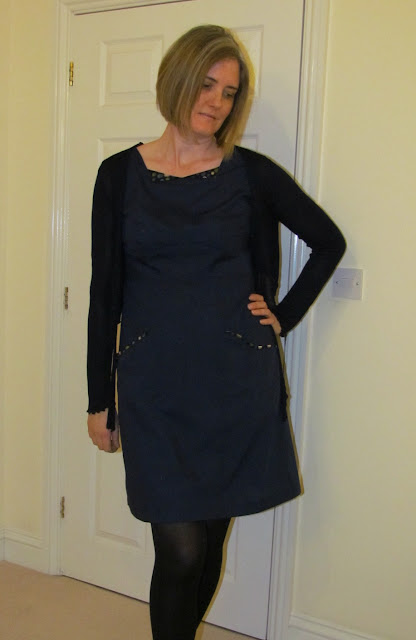 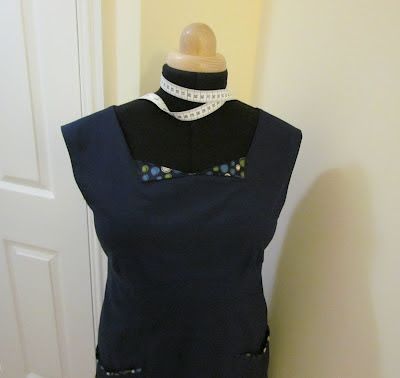 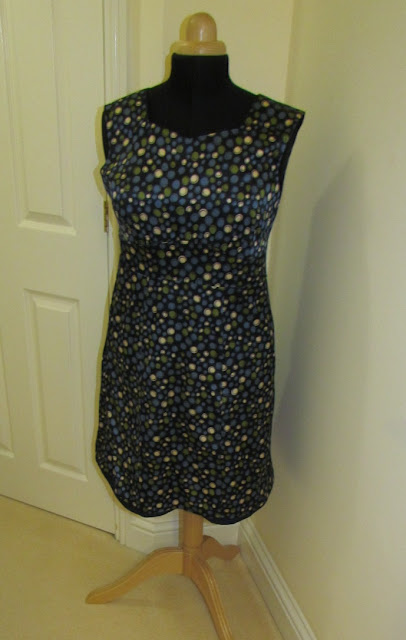 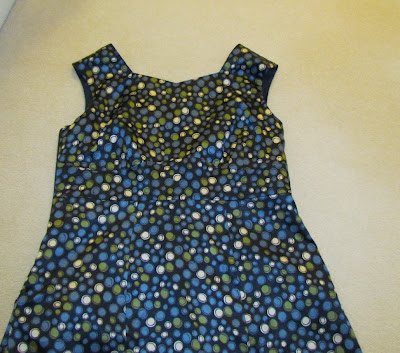 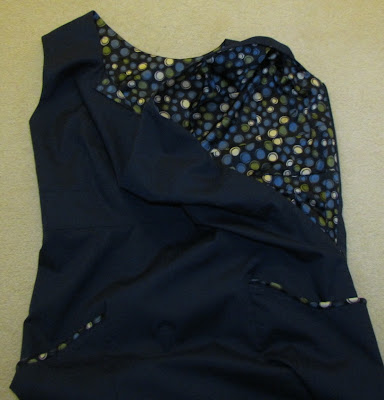 I used the Rooibos pattern from Colette patterns. If you read my last post  about the muslin you would have been expecting a white dress. I decided to go with a darker fabric for a couple of reasons. Firstly it may be spring but it's freezing around here. Spring wardrobe planning is lost on me as I'm usually wrapped up in a winter coat and tights well into June! Secondly I wanted to line the dress and was concerned the dark trim I wanted for the collar would show through the white fabric. I still want to make the white dress as I love the muslin. In fact I think the muslin looks better than my final dress which isn't supposed to happen!

Anyway the navy fabric is part of the lot I bought from retired seamstress. I liked the colour and I love the navy Rooiboses (is that the plural?) I've seen including the one on the Colette site. Unfortunately the fabric does not have the body that's needed for this pattern. I don't know what the fabric is – a cotton blend? It's a bit like a bed sheet! I thought the lining may compensate for lack of body. It has to some extent – it's a million times better with the lining.

I've used a rather luxurious fabric for the lining. I bought it I think in December 2010, early on in my sewing career. I can't remember what I had planned for it. When I made up the lining I was able to try it on to see what it might have looked like as a dress. I really liked it and it would have made a nice casual Darling Ranges dress (although I don't like the low neckline on that pattern). Too late now though but I may have enough left to make a top.

For the lining I followed my own instructions (based on Angela Kane's tutorial) which I posted about here. It worked out really well. I love the result on the shoulders and armholes with this method. To try and reduce bulk I thought it might be a good idea to draft lining pieces, merging my shift dress pattern pieces into the Colette facing pieces. I spent a bit of time doing this and tested it out but it didn't come out too well. I decided to just duplicate the dress for the lining. It has come out fine.

For the side zipper I did it so that it opens all the way up rather than having a sewn seam above the top of the zipper. This makes it much easier to put on. It's the same as sewing a zipper in the centre back of a dress. It was slightly trickier sewing the top part of the zip because of the curve of the armhole but it was OK.

I interfaced the zipper area on both the lining and the top fabric which made the zip extra easy to sew. I love the little collar thing at the top. It came out really well with the contrasting lining. Getting the collar to stay down was a challenge! Firstly I was going to tack the corners of the collar to the dress. I tried this but when I looked in the mirror I couldn't see that much of the contrast fabric. I had just used an extravagant fabric for the lining so I wanted it to show! I then tried to pick stitch it in place but in the end I decided not to mess about. That collar is never going to stay down unless it's stitched! I topstitched the collar in place at the neckline and down the two sides of the collar.

I made piping for the top of the pockets. I used some really thick shoelaces that I found around the house for the cording. (I don't know where they came from and I'm hoping my chap doesn't ask me if I've seen his shoelaces now!)

The dress is pretty short – I added 3.5 cm onto the hem and it's still quite short. I interfaced the hem, extending the interfacing 1 cm beyond the hem fold. I blind stitched it in place using the machine. It's so nice to have a fabric that can be blind stitched on the machine!

I'm really pleased with the dress. It looks great with my cardigans and I think I'll get a lot of wear from it this year.

Next up may be my Sewaholic Lonsdale dress (mainly because I love Dolly Clackett's gingham version) or another Rooibos.