I've finished the second project in my mending pile - lengthening my Angela Kane Shift Dress. I made this dress over two years ago and it's the page that gets the most hits on my blog. (Ta!). I hope no-one minds the change.

I mentioned here that it's too short for my 2013 taste. I decided to lengthen it with a hem band. Here are some pictures of the finished dress. 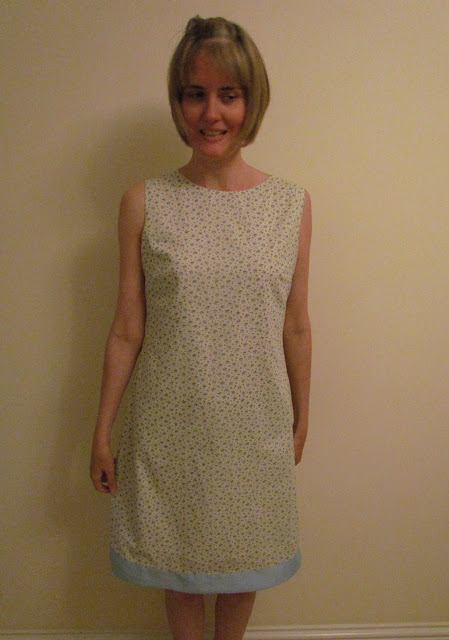 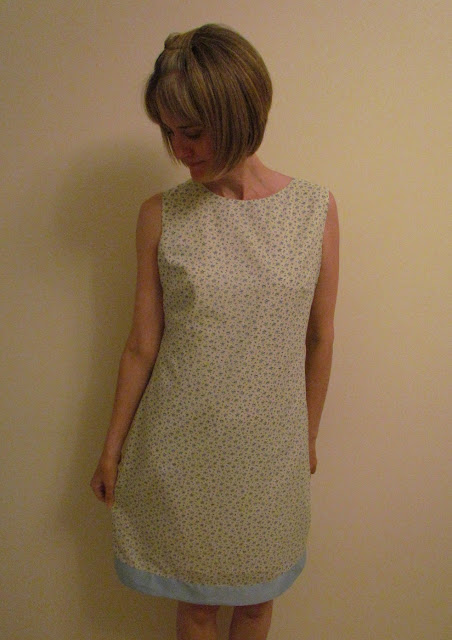 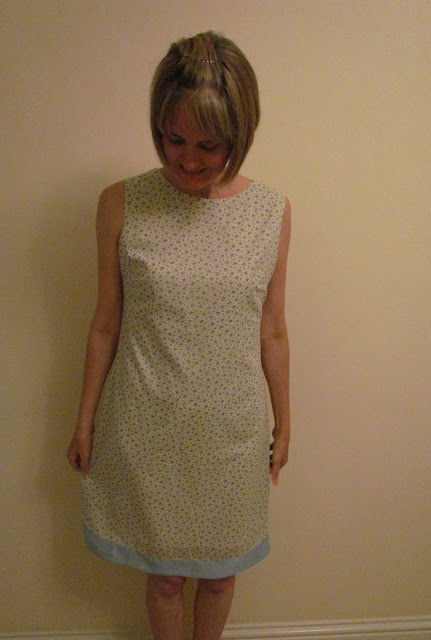 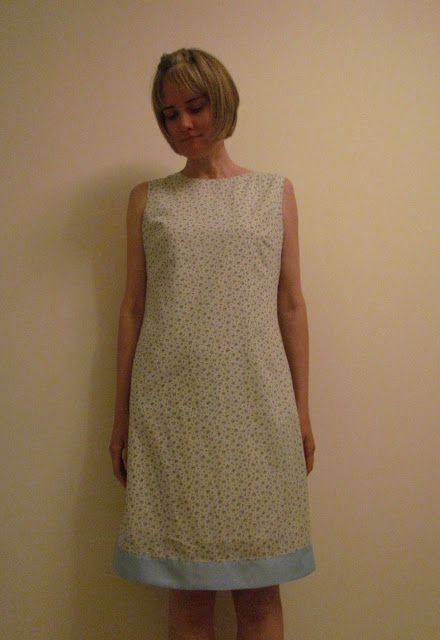 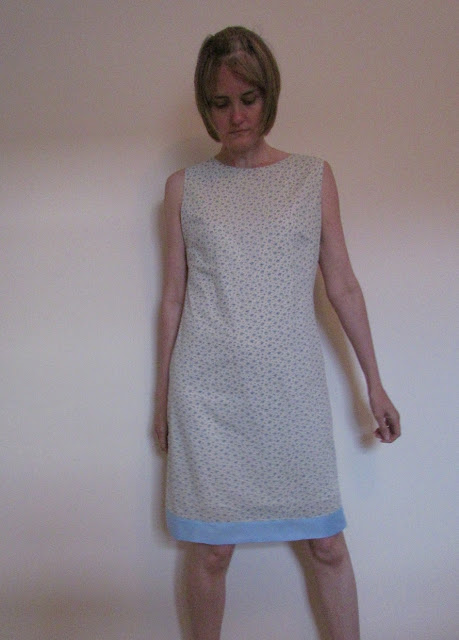 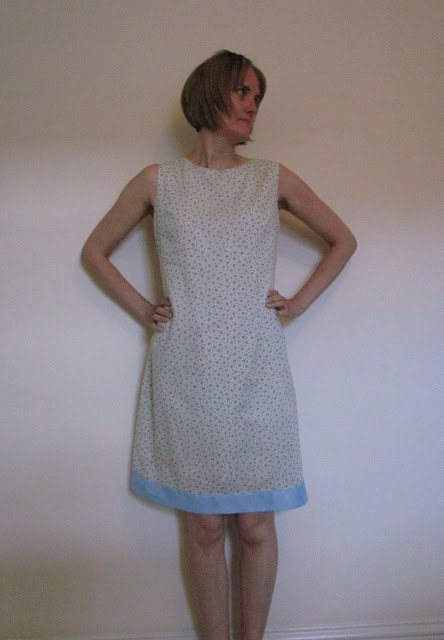 There's not a great deal to say except the dress is once again wearable. If the nice weather can linger a bit longer I may even get some wear out of it this year. If not the dress will be a welcome addition next year.

Instead of finding the original pattern pieces I just traced out a hem band using the rub-off method. I unpicked the hem and trimmed it to a 1.5 cm hem allowance. I placed tracing paper under the edge of the front section of the dress, with a piece of cardboard underneath. I found the half way mark of the hem and pinned along the hem fold of the dress, onto the tracing paper, with the cardboard underneath. I drew the side and centre of the pattern piece (the centre being the fold and grain line). I removed the pins and joined the dots made by the pins. I measured the depth of the hem band (6 cm) to complete the pattern piece. I repeated with the back of the dress. I then had net pattern pieces and added seam allowance when cutting the fabric.

In other news it's been a while since I last posted. This is mainly due to the fact that I work in London during the week now and go home to Norfolk at weekends. I have been sewing during that time but the main thing to suffer has been the photo taking. I will get around to this at some point. We're staying in London next weekend so I might get around to doing some photos then.

My sewing machine is also in for a service and repair at the moment as the foot pedal suddenly stopped working last weekend. It's the first time I've taken it for a service in 17 years (bad me I know, but I've only really used it for the last 3 of the 17 years!).

I'm loving working in London again though. One of the best things is building up my hours to leave early on Friday. I also cross Waterloo bridge on the bus every day, so I have some great views of London. There are some amazing sewing and fabric shops as well near me, including one that's open until 11 pm every day. The possibility of late night sewing shopping!

Happy sewing and I hope to catch up soon.