All I want for Christmas is ... to get all my 2013 makes onto the blog before the year end.  It hasn't quite happened so here is one of them.  My second Renfrew skater dress! 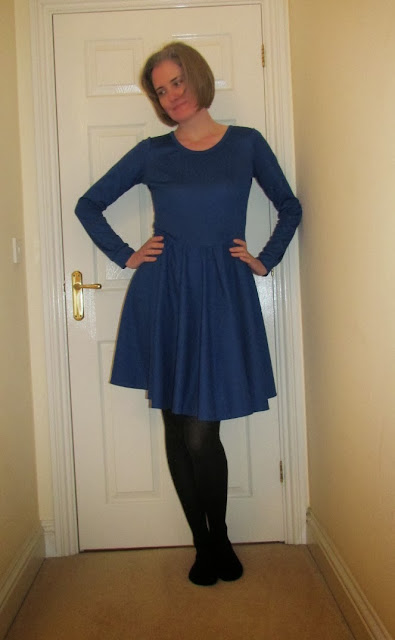 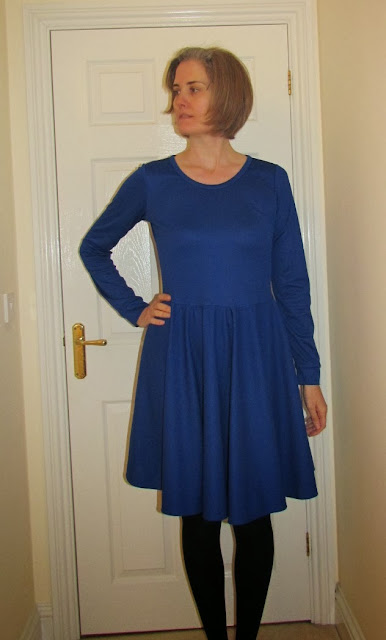 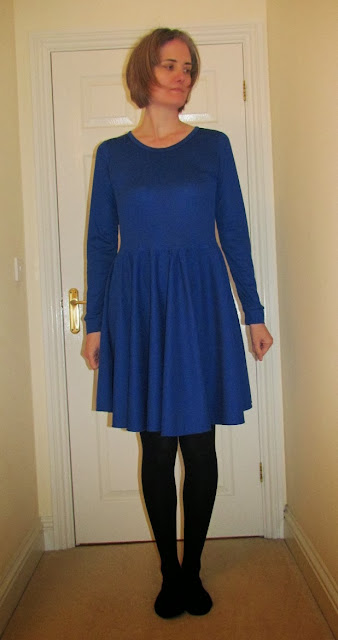 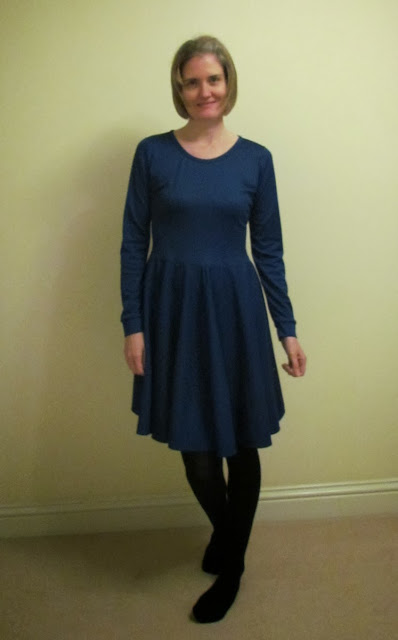 Despite using the same pattern as my first version, the top came out much bigger at the waist.  I therefore had to cinch in the waist with elastic at the back.  Sewing elastic into a finished make was no joke and nearly drove me mad!  It took nearly as long to mess about with the elastic as it did to make the rest of it!

The circle skirt was much easier to hem on this version as I was able to do it by machine.

Even with the elastic, the waist wasn't cinched in enough for my liking. I added ties using this tutorial from the Darling Ranges sew along.  I made the ties much longer than the Darling Ranges ones which are tiny.  The ties make such a difference and the cinched in waist is now complete! 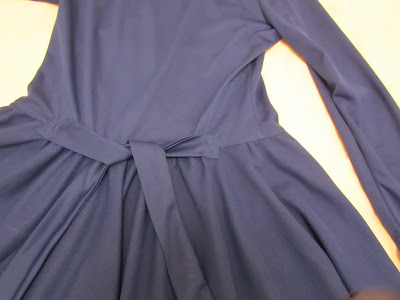 This dress is every bit as comfortable as my first version.  I wore my red version on Christmas Day - the perfect Christmas dress for sitting around in and rushing about making the Christmas dinner.   I've worn the blue one quite a bit already as well (I finished it quite a while ago).

I was hoping to finish my Sugar Plum in time for the year end but that isn't going to happen so that will be a 2014 make now.  I haven't managed to photograph my second Florence and Fred Rub off dress for the blog.  I also made a pencil skirt for my mother which I will have to photograph at some point for the blog. I got around to changing the zip on my Plain Black (Almost) Miss Chalmer's skirt. That was such a pain to do.  I had to sew on extra fabric to the centre back edges.  It hasn't come out perfectly, and the piping at the back doesn't line up now, but at least I can wear the skirt again.

I hope to be back before the year end with a top 5 post (even though I haven't made enough to exactly qualify for that!).

I hope everyone had a great Christmas.