My chap went to an auction before Christmas and bid on a lot he thought I might be interested in. Interested? I was beside myself when he placed this on the living room floor: 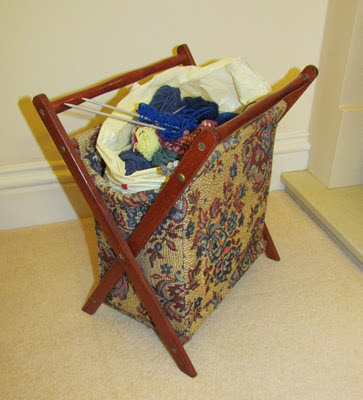 He bought it for the selection of wool and knitting needles inside but I couldn't believe how cute the basket was!  It goes perfectly in our living room. This was a timely gift as I'd just bought myself a knitting book so I used the wool and needles to practice. There are some lovely coloured yarns there together with two knitted sleeves that the previous owner unfortunately never got around to finishing.

The fun was only just beginning.   He bought in a large suitcase which, besides junk and old shoes, contained these little gems:

These are my first vintage patterns! The patterns range from the late sixties / early seventies to the eighties with some nineties. My favourites are those from the sixties and early seventies including those pictured above.  There's nothing appealing about the eighties' patterns. It's funny how I can readily picture a cute skirt or dress made up from one of the above but no matter how hard I try I can't picture myself wearing anything made up from the eighties' patterns. Maybe that era is just too close to appeal to me just yet. 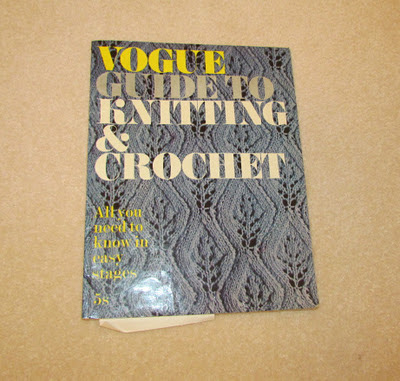 This Vogue knitting book was published in 1969. It's a comprehensive guide to knitting and crochet and contains lots of stitches and projects.

I've saved what is possibly the best to last (but really I love it all). 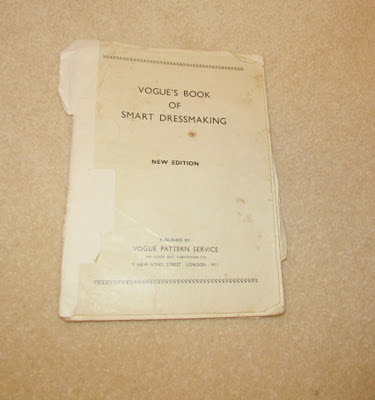 Unfortunately there's no year of publication on the book. This is a new edition of the book and I have seen earlier versions from 1938 and 1942 on-line. My guess is that the book is from that era as the introduction includes the following:

"Home dressmaking, with all its economies, is a woman's easiest form of patriotic service".


"Remodelling, renovating, making do with what you have, is a vital part of war-time dressing".


The earlier versions I've seen on-line have a sturdy cover.  If this was a war issue (which it looks like) then this could explain the lack of a proper cover.  Paper was rationed in the UK during the war and publications were printed to a strict, wartime economy standard (see Wikipedia link).

There's so much information packed into the 64 pages including tailoring and a whole host of alterations, seam and hem finishes.

There was also a Singer sewing machine manual and numerous knitting patterns. There was even some guides to home basketry.  The previous owner was extremely industrious.  If I ever get bored of sewing I can take up basketry and weave myself a toast rack (yes really!).

My chap was in a bidding war with an old lady at the auction. She probably thought she was safe to take home the patterns in a roomful of men. My chap just kept his hand up until she dropped out!

I'm delighted with these delicious goodies (can you tell?).

Happy new year everyone.  I can't believe how quickly the holidays have gone. It's back to work tomorrow and back to reality! It's likely to be Easter before I have any more time off. Yikes!

I managed to make a skirt during my Christmas holiday, my last make of 2011. Here are the pictures. 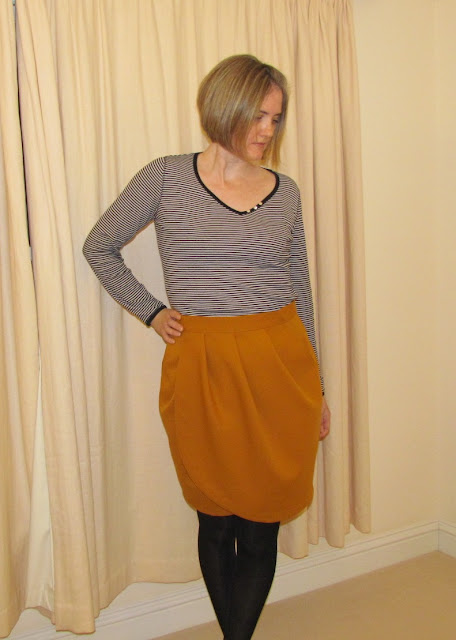 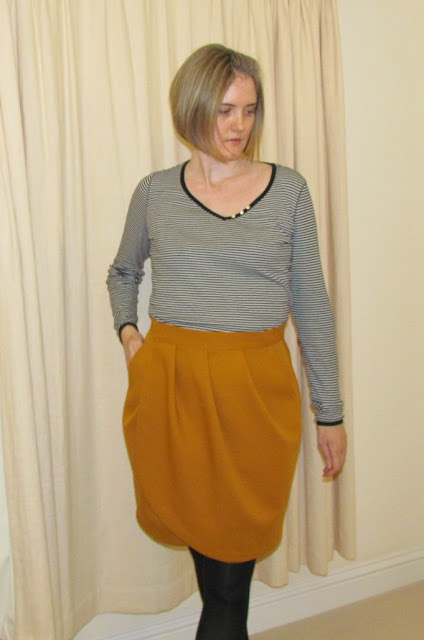 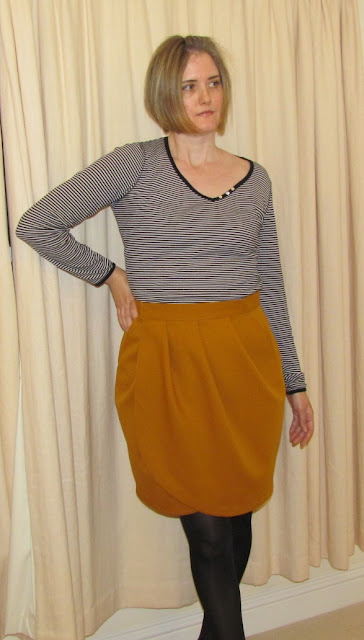 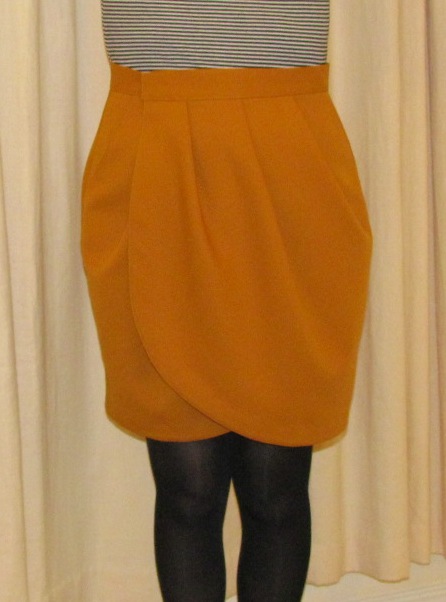 This is my second make of the Petal skirt from Papercut Patterns.   As mentioned in my post about my first make of this skirt I added a third pleat towards the side of the skirt as well as slash pockets.   This time I also made the following alterations:

1.  I shortened the skirt by around 1 to 2 inches and used my french curve to draw in the new curve.  It now finishes just above the knee.  (I made a new pattern piece so I still have the old one in tact).

2.  I took in the side of the skirt about 1 cm from the hem grading it up to just below the hip using my french curve.

3.  I re-drafted the skirt's hem facing. What am I like? I mentioned in my post about the first make of this skirt that the hem facing seemed too big when I attached it. The pattern piece for the facing was exactly the same size as the edge of the skirt. I re-traced the facing piece and then drew out a new pattern piece making the facing about 1/8 inch smaller (much like you would when drafting the underside of a Peter Pan collar). It turned out really well.

The fabric is part of the lot I purchased from the retired seamstress. I don't know what it is but I'm fairly sure it's man mad as it's not particularly soft and doesn't crease (which is great). Again this colour is not something I would normally wear. In fact I don't think I have ever bought anything in this colour. I've avoided it since I read a Trinny and Susannah book about 8 years ago. I think this colour falls into a "warm" colour palette and I always thought I was a "cool"colour palette. I haven't read the book in years and after some digging I've found my copy. (It's called "What you wear can change your life"). I have briefly read the section and I think I got my colour palette wrong, or maybe I fall within both?  (Or maybe you shouldn't pay too much attention to what the so-called experts say!)

I am really pleased with how the skirt has turned out and I can't wait to start wearing it now that I've photographed it.