If I wasn't such a ditz I would have a finished object to show you by now that would look something like this. 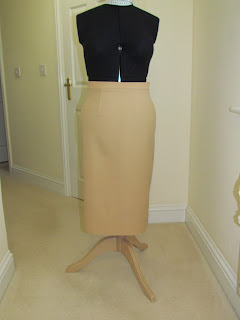 I thought a pencil skirt would be easy but this thing has taken me ages.  I've no idea when I'm going to finish so I thought I would do a quick "in progress" post.

It started with me finishing my mother's muslin for the pencil skirt I am making for her.  As I can't carry on with that until I fit it on her I thought I would make one myself. I want to line the skirt and add a vent so I thought this would be good practice.

I used my Angela Kane pencil skirt pattern (previously made here) and made up a muslin.  Angela Kane's patterns are net patterns, like Burda, so you add on the seam allowance.  I added on 1.5 cm but thought it was a bit tight so I un-picked it and sewed it with a 1 cm seam allowance.  This was just right.  With net patterns I've developed a habit of tracing out the final adjusted pattern pieces with the seam allowance included. This takes a bit more time but I find a pattern much easier to make again if I can just trace around it onto the fabric rather than adding seam allowances.

You might have guessed what I did wrong.  I added on 1 cm seam allowance to the net pattern instead of 1.5 cm.   I didn't notice this until I had sewn the zip and waistband onto my final skirt and found it was too tight and was in fact the same size as the original muslin I had cut out!  Yes I had gone to the trouble of making a muslin, adjustments and further pattern pieces just to have the final version the same as the original that didn't fit.  It just goes to show that mistakes can come at you from anywhere, even when you think you're being careful!

On the plus side my invisible zip totally rocked. I think this is my best one yet: 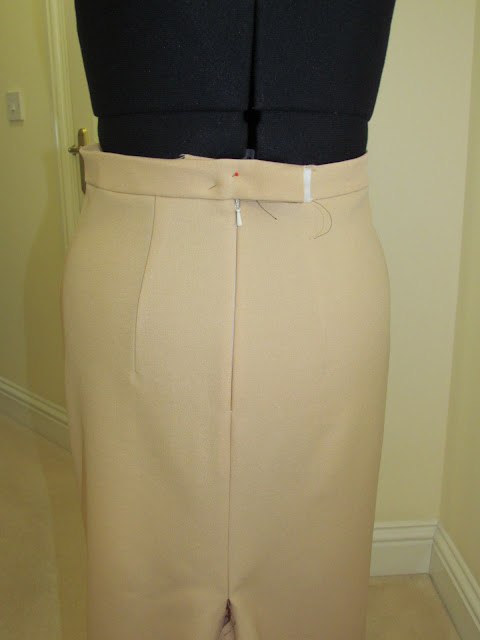 I just hope my final version comes out as good.

So it was back to the drawing board.  I traced the pattern pieces out correctly this time.  I thought I would take no chances so I made a further muslin.  Here is the final muslin: 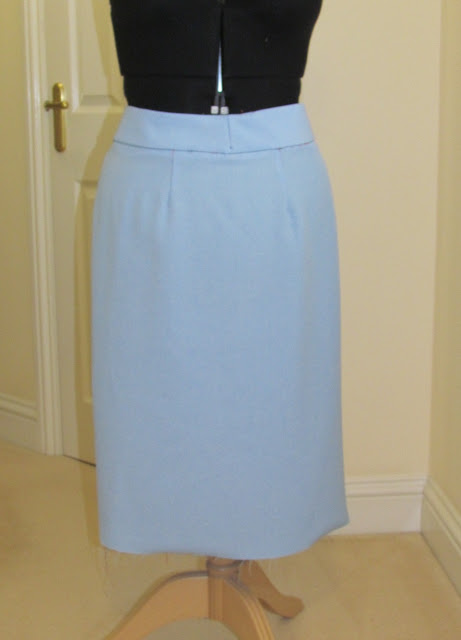 Happily the skirt fits and is ready to go.  I decided to play around with the waistband a bit although I'm now questioning my widsom having looked at picture 1. A narrow waistband looks OK on the dummy but I thought I would like a wider waistband. With a wider waistband you really need to adjust it to fit the contours of your waist or it's baggy at the top. I mulled over how to deal with this. It would probably be easier to do a waistband with side seams (like the Crescent Skirt and the Miss Chalmer's skirt).  I thought this would be too hard to do from scratch so I just pinched in what I needed at the sides and transferred those adjustments onto the waistband.  You end up with a really odd looking pattern piece!  I cut the waistband out again and it fitted really well but I pinched it in about I cm in the centre and sewed tapering in towards the bottom of the waistband.  That's why there's a seam in the centre of the waistband in the above picture but the seam won't be there in the final version.  This fits fine so I have transferred these adjustments to my pattern piece and I'm now ready to go.

If I ever finish the skirt I will post about the further epic that was the lining and vent, mainly the vent.  I'll link all the tutorials and videos I have used but I had a lot of help from Sunni's pencil skirt tutorials over at A Fashionable Stitch.  In the meantime here are some taster shots of the sample vent lining I did.  It also has a built in hem but I'm not sure if I'll do the hem bit like this in my final version. 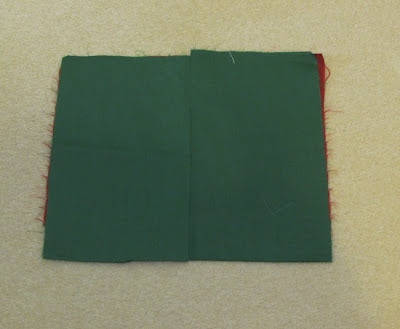 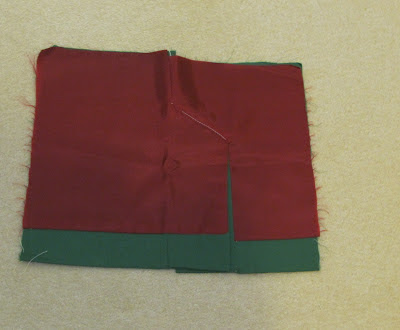 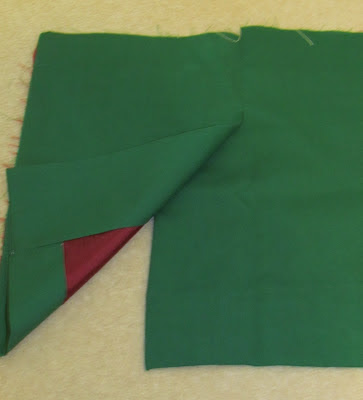 I've now finished my second version of the Renfrew top from Sewaholic patterns. Here are the pictures: 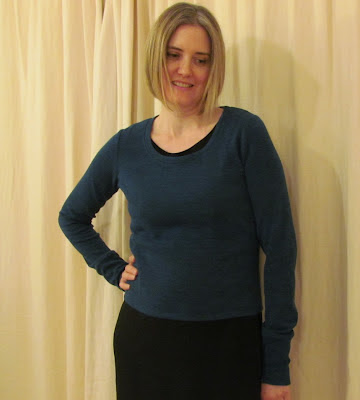 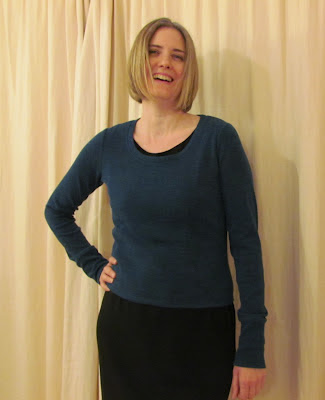 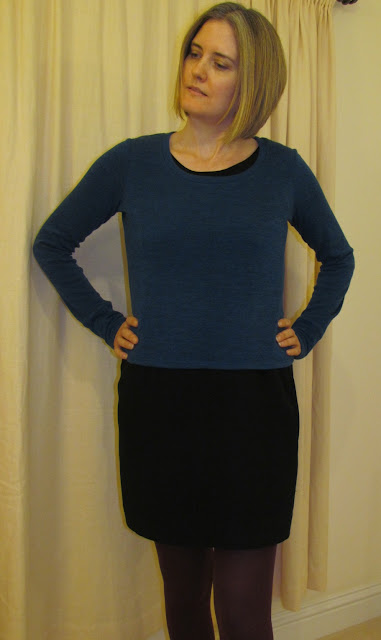 I used a polyester and elastane (around 5%) knit in a petrol blue. I used the same pattern pieces as for my  first version of the top which I had already altered to take in at the sides. Somehow on this version the top has turned out a tad tight around the bust. I tried on my first version again (a fine jersey knit) and that was fine. It's funny how different types of fabric can behave with the same pattern. With this knit fabric I think I need to build in more ease.
I had a minor disaster with the sleeves. Once I'd sewn on the cuffs I realised the sleeves were too short. How did that happen? I really don't remember lengthening the sleeves but after measuring my first version I obviously did! I didn't alter the pattern piece so I must have just chalked on some length at the bottom when cutting out. I cut the cuffs out again, this time making long slim cuffs. Another adjustment I think I will make to future versions is to take in the sleeves below the elbow. I have fairly small wrists so it's a bit baggy around this part.
I omitted the topstitching on the neckband. The pattern calls for a zig zag topstitching below the neckband to hold in place the neckband seam allowance. On my first version I used a more decorative flatlock stitch. On this one I first experimented with some sample neckline finishes. Here are some pictures of the samples: 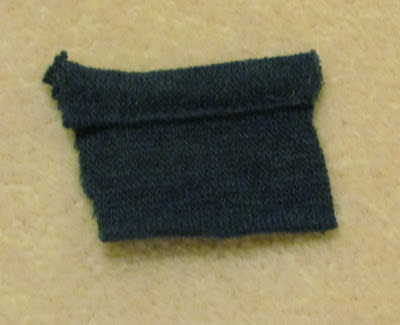 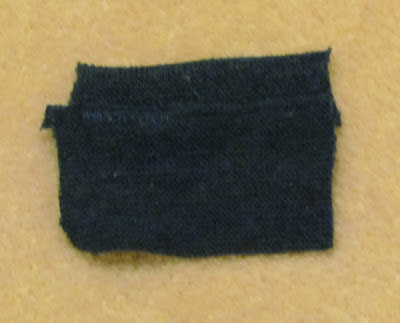 The first sample follows the method used to attach the bias binding to the Pendrell blouse neckline, except in reverse. See this tutorial from the Pendrell blouse sew-along. I like this method and it gives that extra bit of re-inforcement in the neckband as the seam allowance is enclosed.
The second sample has the neckband sewn as per the Renfrew pattern instructions. On the left hand side I topstitched with the flatlock stitch and on the right side I topstitched with a straight stitch. I asked an independent mediator which one he preferred and he said the flatlock version! I think both the flatlock and the first sample work. The straight stitch topstitching didn't work with this knit, although it may be fine with a jersey knit.
With this fabric I wanted a cleaner look than the topstitching so I simply hand sewed that area with an invisible stitch. Here's a close up of the neckband. If you can't see the hand stitching then good! 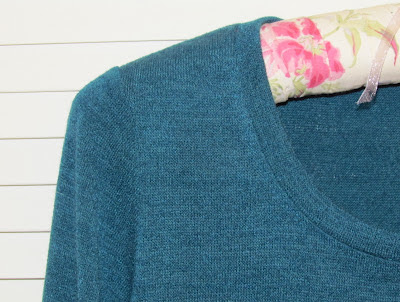 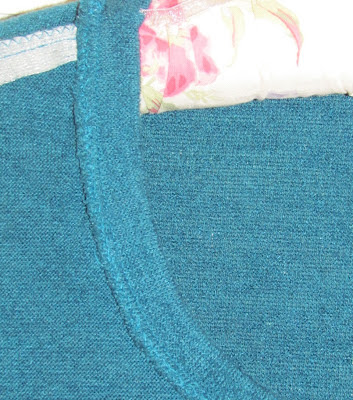 All in all I'm happy with the top. The only part I'm disappointed with is the fit around the bust which I will have to tweak if I make future versions in this type of fabric.
Happy sewing.
Posted by Katy at 13:36 No comments: