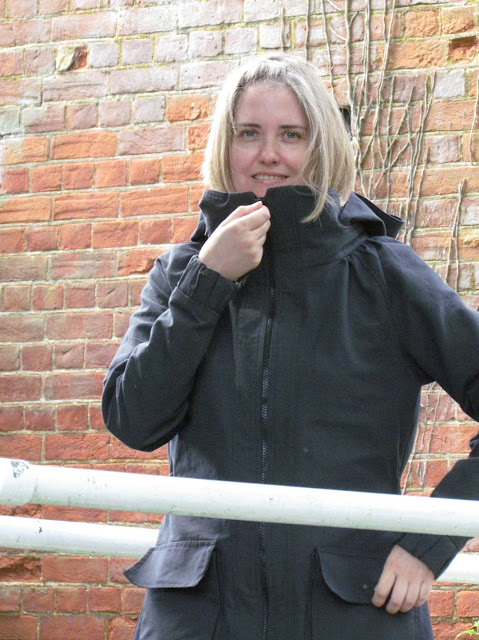 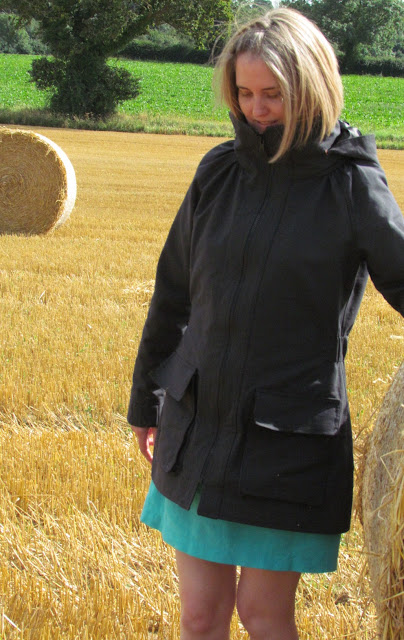 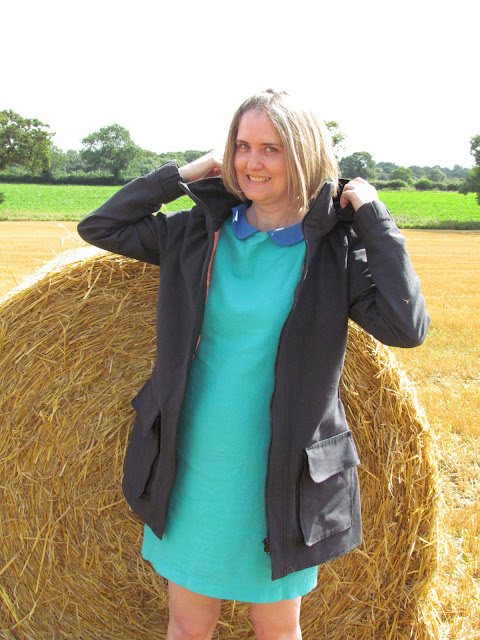 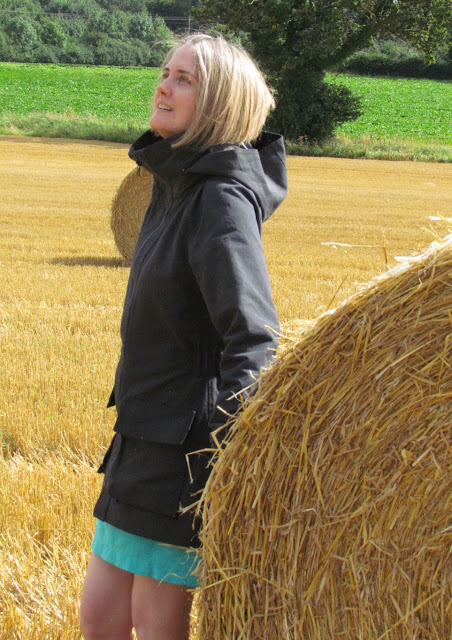 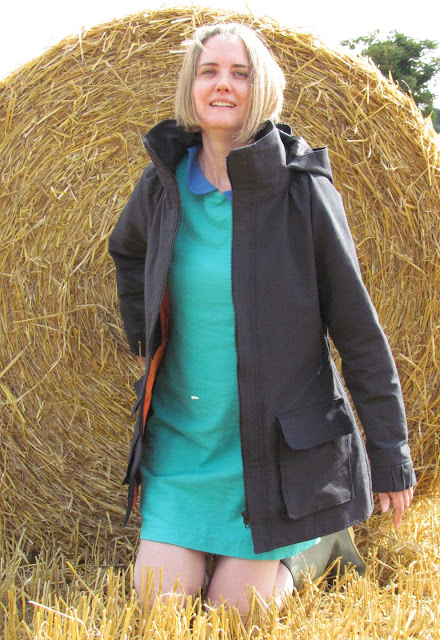 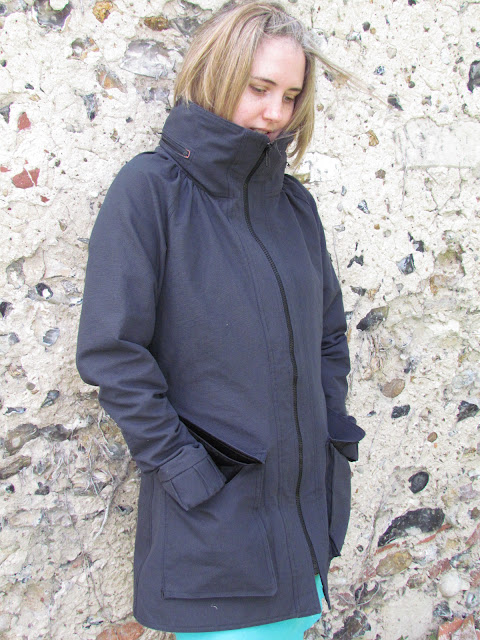 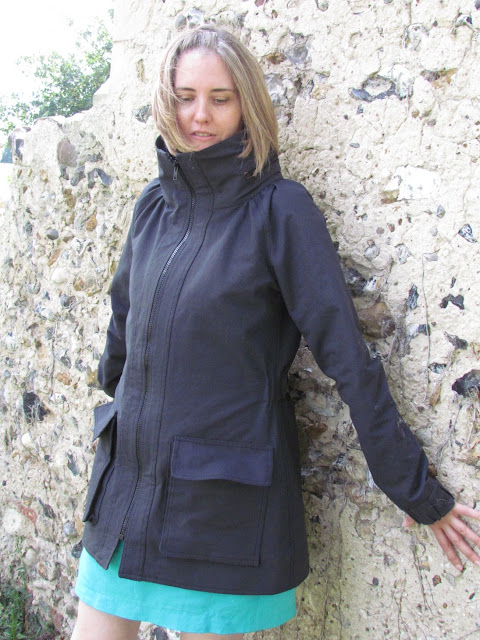 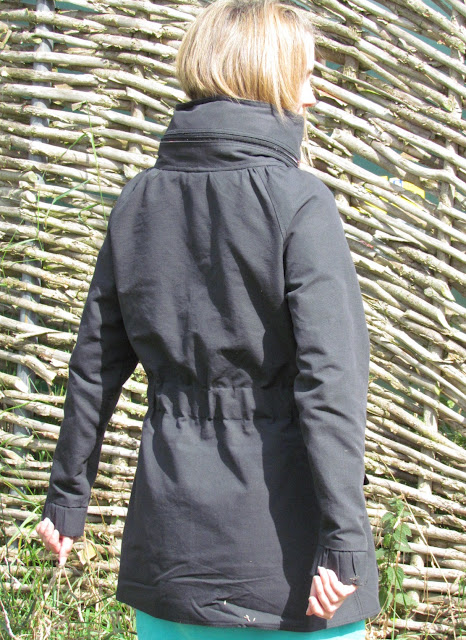 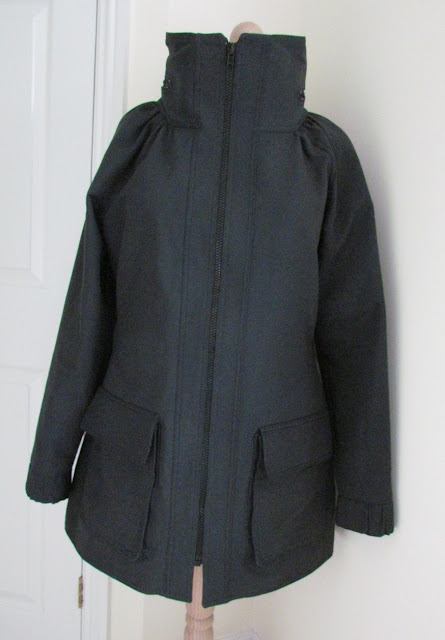 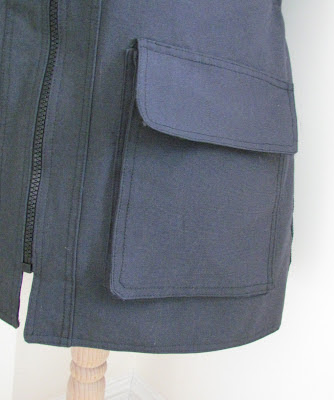 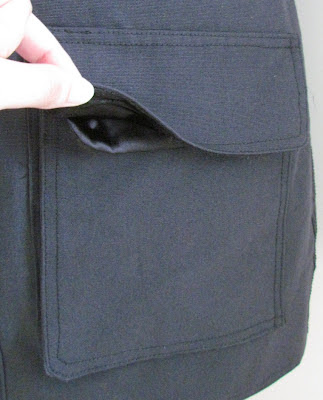 This jacket has exceeded all expectations. It might be my favourite make to date. Scratch that – the best jacket I've ever owned would be more accurate.

I was delighted to find the pattern was bigger than I thought. Some of versions I've seen look small so I was expecting to have to make it bigger.

I'm not sure why it's taken me so long to start making it. I bought the pattern in October 2011 when it first came out and the fabric in December. Tasia has released four patterns since then and I've made two of them. Luckily she wasn't relying on me to test the pattern!

The procrastination was due to being distracted with other makes, thinking it would take ages and general nerves about tackling such a big project. The pattern was really enjoyable though. It's fairly easy to make up but challenging and fiddly in places with a lot of new techniques.

I took my time and accepted I was going to be a while. I started around 20 July 2012 so it's taken 4 weeks altogether.

This is going to be a long post because I want to write down as much of the detail as I can remember as an aide-memoire for future makes. I definitely want another Minoru jacket.

The Minoru jacket from Sewaholic patterns. I cut a size above my own. I need to be able to wear lots of layers underneath in the winter and slip it on and off easily. I hate coats that are too small!

I bought the fabric from Ikea in December 2011. Frustrating moment when I walked the mile and a half to the checkout to find that I had to go back to get it weighed and labelled! I'm not sure what the fabric is but I would guess it's cotton canvas, which is one of the recommended fabrics for the pattern. The fabric is quite stiff but I've put a soft lining in so I'm not worried about that.

I was a bit concerned last year that I wasn't going to find a suitable fabric. I went to Goldhawk Road in November 2011 and couldn't find any cotton canvas. When I asked I was shown a cream, really thick canvas – fine if I wanted to make a tent! The young lad was quite pushy and I think he got a bit annoyed when I wasn't interested. He then asked me how much fabric I wanted after saying I didn't want it! The assistants in the other shops were fine though.

32 inch zipper. The pattern says 30 inches for my size but when I made up the muslin I wanted it to be the length of the un-hemmed original, so I added 2 inches. I therefore needed to buy a longer zip. I couldn't find one over 30 inches in store so I ordered this on-line. This is a YKK plastic zipper. I wanted a completely black zip so I went with this, even though the metal ones are better quality. I bought an 18 inch normal zipper for the hood.

I made up a muslin as per the pattern. Apart from adding 2 inches to the length the only other change was to add 1 cm to the pieces above the waist. This meant tedious alterations to the front and back pieces, the lining pieces and the plackets. I traced out my pattern. It took me about 2 days to do the tracing and cutting and another 2 days to do all the cutting. So many pieces! Even then there were pieces I forgot to do and had to go back, such as the lining for the collar.

I didn't want to use a contrasting thread, but I bought a topstitching thread in black. I did double rows of topstitching, rather than a single row used in the pattern. The topstitching thread was fine until it came to the areas where the bobbin thread would be visible on the jacket. I'm talking about the top of the collar, where the placket meets the zipper teeth and the hem. I used normal thread in the bobbin but the tension was not right on the reverse side even after testing all the settings. It looks fine on the top side but a mess underneath. This was not a problem in the areas that would be enclosed in the lining. After putting in so much effort I didn't want messy stitching to show if the collar was turned down or when the jacket was worn open. After unsuccessfully trying to work around this I changed to normal top thread for these areas. It looks fine and hardly notices. I was glad I hadn't used a contrasting thread.

I used a bright orange slippery fabric that I have in my stash for the lining. I'm not sure what it is. The outer collar piece with the zip opening is lined. However some of the bright orange peeks out around the zip. Next time I'll use a collar lining that matches the fabric so the peeks will be less noticeable.

I decided to interface the area where the zip goes (which is not done in the pattern) as I thought the area might get a lot of pull. It's worked out well but I had trouble sewing this area. I can't remember if it was the lining fabric or the interfacing but one of them kept getting caught in the feed dogs and tangling the thread. After cutting my way out about five times I cut strips of tracing paper and pinned them underneath and sewed over the paper. I was relieved to find this worked and so I ripped out the paper when I was finished.

I lined the hood, using a black lining rather than the orange. Others have commented on the neckline seams (or lower collar seams) that show through when the hood is hanging down. This is true. I zig-zagged my seams so it's a bit tidier. I suppose a Hong Kong finish could be added to those edges before they are joined together but this might add further bulk and there are enough layers to sew through as it is!

Inside pockets
I sewed mine on as patch pockets. This was only because I forget to leave one edge un-hemmed so that it could be sewn into the placket. I'm annoyed at forgetting this! I sewed on a longer bit of velcro but it was totally unnecessary. It's difficult to open and I don't like the idea of tugging it open at the lining.

I shortened the elasticated areas on the front of the jacket, so the entire back is elasticated and about 2 inches from the side of each front piece. I liked the straight lines at the front and I didn't want a longer elasticated waist to interfere too much. I didn't change the bobbin thread to orange when sewing the casing. The black thread shows on the lining but it kind of works because the inside pockets and the inside plackets are black.

Stitch in the ditch

This came out really well on the top side but I admire anyone who manages to stitch exactly in the ditch on both sides. My stitching has run into the lining. This is probably easier to do with a thinner fabric.

I did the hem differently to the pattern. I used this method from Fashion Incubator. It doesn't work quite as it does in the tutorial with the topstitching in the plackets already in place but I managed to machine stitch most of the corners. I had to leave a small gap in the lining at the back of the hem so I would have something to turn through. I then slip stitched that down after machine stitching what I could. I don't know how they deal with this in ready to wear. I also interfaced the hem area.

Update: I've just read my Threads sewing book to see how they do jacket linings.  That gap you need to turn through? They leave a six inch gap in the side seam of the lining. That gap is either hand or machine stitched closed after stitching the neckline, sides, hem and sleeve edges, after turning through.  I should remember to read my books before the make!

I used at this tutorial for the flap part of the pocket. I added a little under flap to the pocket which you can see in the close up above. The intention, like the original I copied, was to put a metal snap in the under flap, so the snap wouldn't be visible from the outside. I omitted the snap in the end so the flap just hangs down.

I also lined the pocket and flap.

I think that's it. I'm delighted with the jacket and can't wait to make another but I think I'll do something a bit easier first.

Next up I think I'll do one of the Megan Neilsen patterns I bought recently. I haven't decided whether to do the Darling Ranges dress or the Banksia top as yet.