Skater dresses should be made compulsory. Here is mine! 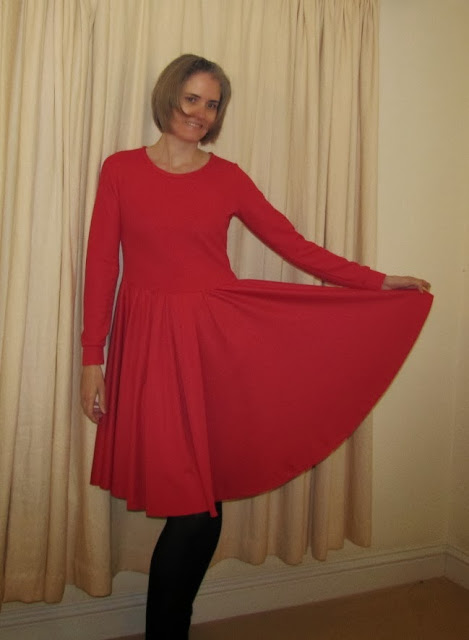 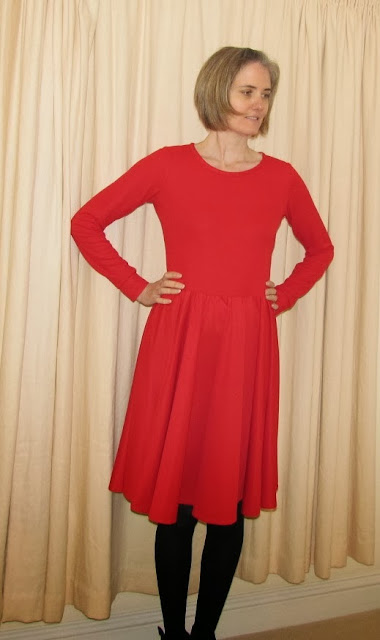 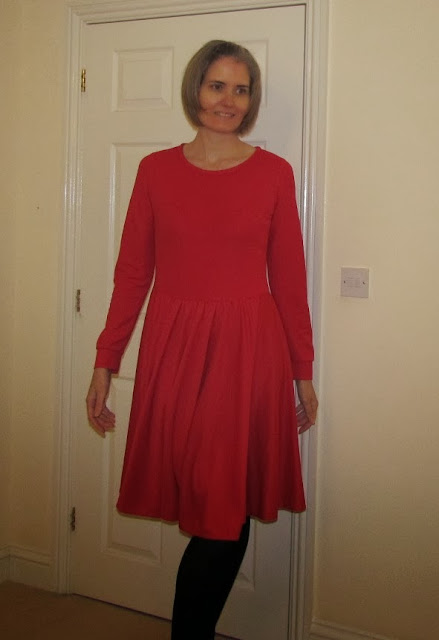 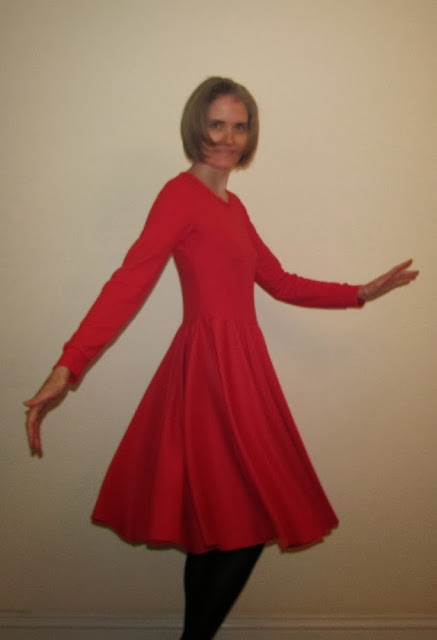 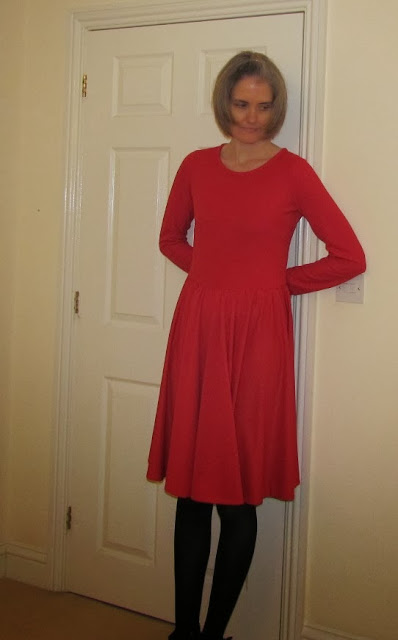 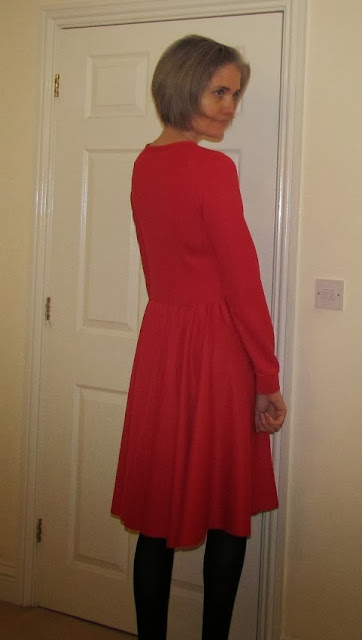 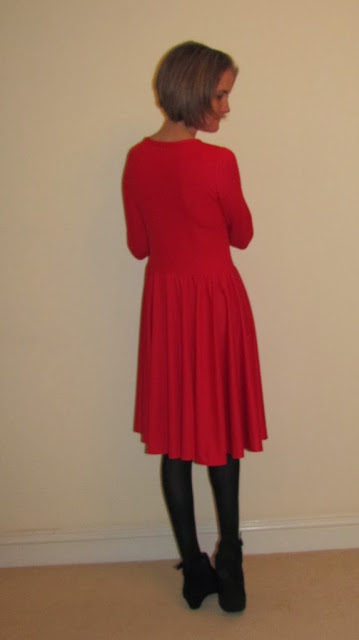 This is possibly the nicest dress I've made, or at the very least up there with the likes of my Darling Ranges dresses.

I made at least two muslins, possibly three. I started by tracing out my Renfrew bodice pieces, cutting it off at the waist and adding a seam allowance. I cut out a circle skirt. I was lazy and didn't follow any tutorials to calculate the waist circumference. I just guessed and of course it came out way too big. The skirt was gathered in to fit the waist.

After the first muslin I could see the style had potential but needed a lot of adjustments. I wanted my dress to go in at the waist, and the first muslin was more of a dropped waist. I also needed to cut out a lot more from bottom of the back bodice for it to hit at the waist, far more than I had to cut from the front. It took a bit of fiddling and adjusting to get the side seams to match. I also made the neckline higher than in the original pattern. One or two muslins later and I was happy.

This red fabric was only ever intended to be muslin fabric. My chap bought it at an auction. It's stretchy and has a waffly texture on the front, and a shiny knit like texture on the back. I have some blue fabric the same and I'm convinced the previous owner bought it to make Super Hero costumes. Despite that I really like the fabric. I usually avoid red because I've read that with my colouring I should steer clear, particularly next to my face. Well I'm happy to break the fashion rules.

I still refused to follow tutorials and winged the cutting of the circle skirt. The waist was smaller than the muslin but still too big. I had to gather the skirt again but I'm not worried. If anything this adds extra twirliness to the skirt. Speaking of which, how much fun is twirling around the living room in a circle skirt? I've never worn one of these things before so the novelty may take a while to wear off.

I serged my seams together with a zig zag stitch, including the waistline seam, after trimming them down to about 0.5 cm. I then pressed the waist seam up and edge stitched the seam from the front.

The only downside to making a circle skirt is hemming the damn thing. I tried to stitch the hem on my machine but it didn't like it one bit. The Superman fabric must be rubbery or something as it kept sticking to the needle. I didn't have this problem with any of the other seams. There was no alternative but to  hand stitch it. I used the blind catch stitch, which I learned from Gertie's book. The hem has come out really well. Despite moaning about hand stitching I have come to really enjoy it and I don't mind a bit of hand stitching in my makes every now and then.

I'm really pleased with the dress and I'm looking forward to wearing it. I wasn't thinking of a Christmas dress when I made it but it will be the perfect dress to wear at Christmas!

I've already cut out a second skater dress in the same fabric but blue (a great cobalt blue).