I had been wearing my hooded Cable yoke sweater a lot so decided to make another hooded jacket.  I decided on the lovely Drops Aredhel pattern which I already had in my favourites. 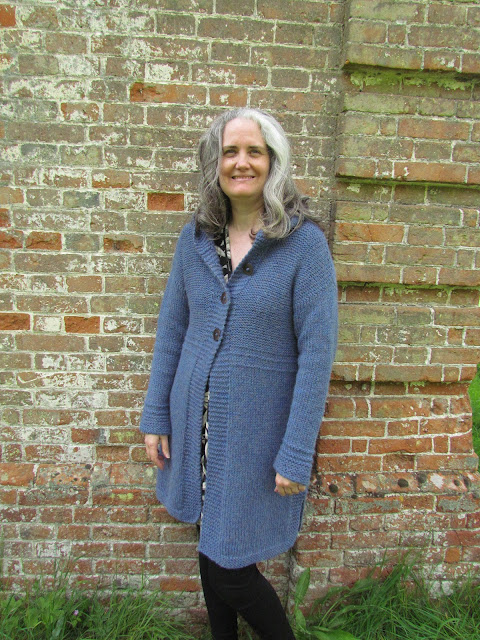 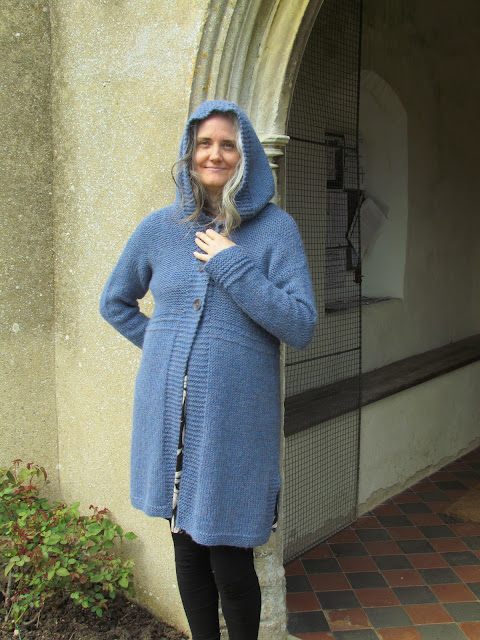 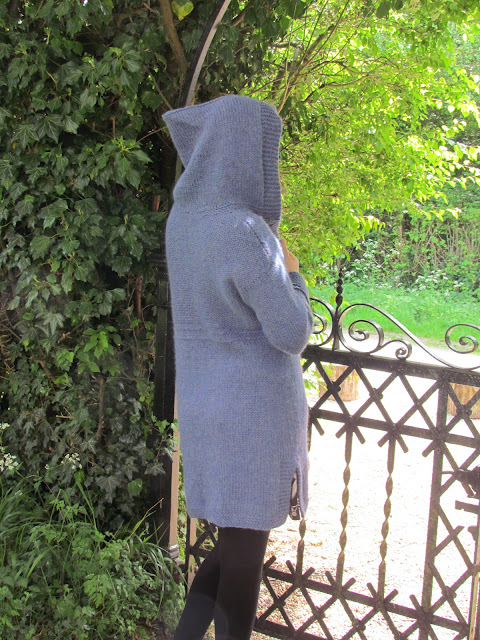 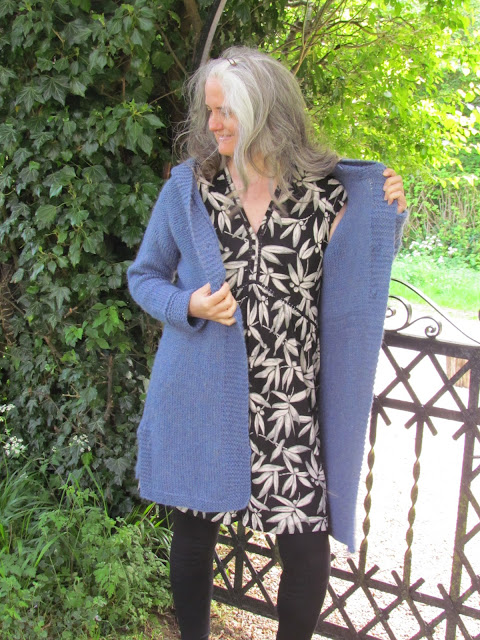 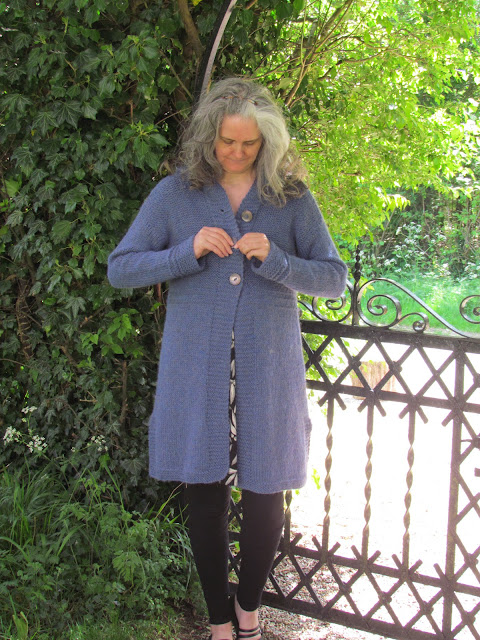 This was a surprisingly quick make, for me anyway.  I started at the beginning of January and probably finished it at the end of March.  By 8 April 2022, I had sewn on the buttons and was waiting for a chance to photograph it before wearing it.

I used a 7 mm needle.   In the pattern they said to use a larger needle (8mm) for the body and smaller for the garter edging.  The pattern for my Cable yoke sweater said the same but I ended up using the smaller needle for everything.  I have decided to do the same here and used a 7mm needle throughout.

I converted this to knit in one piece rather than individual pieces.  This was relatively easy to do.  There are 2 vents at the side and the pattern is knit bottom up.  I had to knit the bottom 3 pieces separately up to the top of the vent (around 7 inches)  and then join to knit the body in one piece from there.   The edging bands are knitted all at the same time (no picking up stitches to knit the bands after).

As I was knitting in one piece, I picked up stitches at the armholes and knit the sleeves down (rather than knitting flat as in the pattern).

The hood is wonderful and easy to knit.  It has a nice cute shape as well, like a little elf.  There is also a nice little pattern at the top centre join as well (you can't really see this on my photos as the pattern is on the top of my head when the hood is up).  I used kitchener stitch to join the top of the hood, the first time I have used that method.

I added a third buttonhole, instead of two as in the pattern.  (I don't understand why they only put 2 buttonholes on the pattern).

I found some nice large buttons in my collection which matches this project perfectly.   I was going to use some spare wooden toggles I have but the round buttons give this a nice vintage feel.

I am delighted with the jacket.  I think it is one of the best things I have made.  Such a simple but lovely pattern.